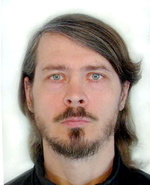 The she-owner've laugh at me before -6°C and gave me hint that the frost of -6°C will drive me into the house from the tent.. But I've survived. It's very hard outside but I'm happy because of peace, fresh air and possibility to work: to think deeply, to read wise books, to learn Österreich & etc... and I can't go to the place where are hidden agressia (mostly of the she-owner now), smoking and mental dirty and noise.

I beg you help me to leave them and explain to their chiefs that my "problem" doesn't resolve by frost and violence, so as the governement would help me with peacefull not oversmoked place for the most cold time of the winter.

I can gave up them for the peace any other comfort, food and money.

But I'm not going to exchance my soul for the life, it's the same. So, I please you safe my soul!

COPIES to informate:
to the LKH Villach (office@lkh-vil.or.at) to the LKH Gratz Süd West PS1(michael.lehofer@kages.at) My Livejournal, etc.

Dear people, please move me from here to a proper place by proper preparations. My English is very poor and it seems that I need a psychiatrist plus an interpterer to explain you my problem correctly! If
briefly: I'm seeking for christians or just good people.. then all problems will be resolved automaticaly. The fifth day just after discharging of hospital I'm living outside in the street again (3...12 of December too in the tent with till -6°), because the Hartberg's Coritas have put me to the much worst place then before depending to the mental noise, smoke and hidden aggressia.. It'd perfect for me to live in the tent in such the circumstances but the frose of minus six is an extremal for my turists staff and body. I'm tired!

More than a month I'm writing you frm different e-mails, but you don't answer. Now I asked the local governement (the town hall -
gde@rohrbach-lafnitz.gv.at) to redirect my letter to you.

Please, help me as soon as possible.

Please, help me! It's too cold for me to live in the tent with minus 6 at night!
My address is: Rohrbach an der Lafnitz, Dorfstraße 21